This report responds to a request for services for Jack and Dana. The couple recently had a significant breakdown in their marriage due to differing goals. While they believe this breakdown to be irreparable, both have agreed to try to resolve their issue with mediation before taking further action.

The couple argued over breakfast one morning after Jack informed Dana that he had accepted an interview for a Principal position in Seattle. It is important to note that the couple currently lives in Miami, where Jack is an Assistant Principal and Dana an Attorney on track to make Junior Partner in two years. Jack has been attempting to get a Principal position locally for some time and decided to apply in Seattle after failing to do so. Jack did not discuss his decision to apply for a job out of state with Dana before applying and accepting an interview.

After bringing the discussion of Seattle’s innovative school systems up to Dana, Jack shares his news, and the conversation deteriorates from there. Dana is upset that he wasn’t forthcoming with his intentions but is further upset at the prospect of leaving her family and potential career advancement behind. Jack is blunt about the possibility of finally achieving his own career goal. The conversation ends with Dana storming out and telling Jack that he will have to go to Seattle on his own- suggesting the end to their union.

They should be applauded for choosing to resolve their differences using conflict resolution. After taking a detailed review of their conflict and understanding that they desire to resolve this matter in a way that will allow them to continue in their marital union. I believe a collaborative approach would be the best way to assist them.

The collaborative approach, a form of conflict resolution, is a joint problem-solving negotiation. Parties involved in this type of negotiation may have their own goals and share common interests, making it more appropriate to seek a positive outcome for all involved.  Relationship and trust-building are critical to the process. The parties attempt to create an integrative agreement, which is also a win-win scenario for both parties. In contrast, the competitive approach is win-lose, and one party is usually more aggressive and self-interested. A collaborative negotiation highlights the relationship between parties. Parties working as partners to resolve a problem could be successful in multiple negotiations instead of having a competitive or adversarial relationship. (Jasra, 2020)

A competitive or adversarial approach is one of win-lose and is the inherent character trait of individuals with lofty goals. Competitive negotiations often involve exerting power or force over another who is perceived weak in one way or another. Engaging in the competitive approach wears down trust in a relationship. The aggressor is more likely to withhold vital information or details as they attempt to swing the balance in their favor. Marriage is a union between partners and suggests that each has equal weight and import. However, studies conducted by Janet Saltzman Chafetz have shown that spouses would attempt to use one of four strategies when making decisions; authority, control, influence, and manipulation attempts. (BELL, 1982)

The authority attempt allows one spouse to make the decisions while the other accepts and complies. Their capitulation is considered customary or appropriate based on their societal and traditional roles. Control attempt uses force or coercion derived from a power balance that leans in favor of the controlling spouse. Typically, the controlling spouse can use something to gain compliance from the other. The use of compelling or persuasive information or opinion to change one spouse’s attitude toward a decision is the influence attempt. The Manipulation attempt introduces calculated behaviors or actions to maneuver a spouse into accepting the other’s decision without the realization of the true nature of the situation or scheme. Each attempt can gain a win for one party but almost always results in a cost (loss) for one or both. (BELL, 1982)

A collaborative approach does not share the same flaws. It is a genuine attempt at allowing both parties to prevail and has peace-centered effect on the winning team. With a more equitable dynamic and a shared hope for each other’s success, each party will have a chance to be heard. In contrast, the other seeks to listen and understand positions and points of interest because they will both equally be impacted by what’s decided. Success in this style of resolution allows endless opportunities for parties to be successful in this approach to negotiation (decision making) in the future.

Upon review of their exchange, I conclude that both Jack and Dana have unspoken interests, and herein lies the breakdown in their conversation with one another. Jack has always wanted to be a principal, in all his efforts to attain this goal, he has been unsuccessful. I imagine his failed attempts have made him desperate to prove he is capable and qualified to be a Principal somewhere. He may also desire a fresh start in a city that allows him a break from the pressure of family and friends who know he has not achieved Principal status. Another interest not stated is a Principal salary would offer more to their joint finances than what he presently makes as an Assistant Principal.

Dana has her own desires and idea of success, making Junior Partner. She speaks of her having grown up in Miami and having clients and family in the area. She would leave both behind if she had to start over in a new city. She may also have to start over on her quest to make Junior Partner. Starting again in a new place may be more difficult for her, as she has more established connections in Miami and seems comfortable.

Unfortunately, both Jack and Dana made mistakes leading up to and during their exchange. Jack’s failure to discuss his desire to seek a Principal position out of state before applying and accepting the interview was the initial error.  Dana’s defensive and dismissive attitude during the conversation may expose why Jack was not forthcoming. Both showed a lack of regard for the other and engaged in a few of Chafetz’s power strategies, resulting in the breakdown in their conversation and ultimately jeopardizing the marriage. (BELL, 1982)

The intake appointment with each party would explain the mediation process, specifically, the collaborative approach recommended to resolve their conflict. Asking each party to bring the current problem to the table and a mindset focused on ideas on resolving it in a way that leaves them both happy. It may also be helpful to ask the parties to bring their favorite photos of them as a couple and a list of projects they have successfully completed together. These items would act as reminders that they can work together and remind them of their happy moments. Reminding them that this problem is no match for the foundation and longevity of their marriage would encourage them. These techniques are made possible because both have already expressed an interest in maintaining their marriage.

At first glance, it would be easy to believe this couple has reached the end of their relationship because they have competing goals and seem not to care about their spouse’s fulfillment. However, what was lacking was communication. The relationship is redeemable if they can discuss what’s important to them as a couple- a unit and work through this issue. While leading the couple in a collaborative mediation, it would be essential to be aware of the potential problems that arise in the Conflict Episode Model outlined by Dr. Mitchell. (Mitchell, 2010)

When Jack and Dana come to the table to discuss their conflict, they are already engaged in a Conflict Episode. The entering state has already been identified as the argument at breakfast that started this conflict. To avoid the feeling of losing control to the other party, be clear from the start who is managing the mediation. Being gentle but firm in your instructions and your description of the process could avoid the occurrence of stimuli. Frustration could arise as both parties begin the mediation with their idea of what’s fair, and hearing the opposition can easily frustrate them both. A way to assist with this is to gain agreement from the parties not to interrupt when the other is speaking. Encouraging Jack and Dana to engage in active listening, pause to reflect on what was said, then respond could prove helpful.  It is also likely that one or both may infer or attribute negative meaning to the other’s statements, which Dr. Mitchell describes as conceptualization.

As a neutral, it is best to keep the parties focused on the factual nature of what is being presented- leaving no room to infer another meaning. This is another area where active listening and a measured response could be a helpful tool for both parties. If the parties struggle with these steps, negative and reactive behaviors will follow. When Jack and Dana argued over breakfast, Dana became reactive and stormed out. It is imperative to set ground rules for behavior and conduct at the beginning of the discussion. Suggesting a small break when you see emotions beginning to take a turn allows the parties to stop and take some time to collect themselves. When necessary, remind the parties that the win-win outcome is their mutual goal.

Win-Win for Dana and Jack.

With the collaborative approach, it will become easier for Jack and Dana to communicate in a focused fashion on problem-solving. The process would not involve the aggression, threats, or deception inherent in a competitive or adversarial negotiation. Trust and transparency allow both parties to reveal all information and details critical to a successful outcome. (McLachlan, 2014). The couple is now free to brainstorm together. They will be equally as successful, so there is no need for either to sabotage the process.

When working through this process, Jack and Dana can discuss their fulfillment in their careers or lack of pride and explore ways for both to gain success. If it’s a financial issue, they may discuss ways to make up the difference that won’t require a move- perhaps some changes to their day-to-day expenses. Suppose it is family pressure for either of them. In that case, they may discuss ways to start putting boundaries in place with Dana’s family and remind and assure each other that the only opinions and happiness that matters are theirs as a couple- no one else. If the issue is genuinely Jack’s desire to advance in his career to the position of Principal, perhaps they can agree on a set amount of time to stay put in Miami, allowing Dana to finish her two-year Junior Partner goal. At the same time, Jack continues to apply for Principal positions when they open. If Jack hasn’t found a job in the time it takes Dana to make Junior Partner and get established, perhaps they both can begin looking for new positions together, in the same city and state. Most importantly, getting the couple to agree to apply the skills they acquire in the mediation to their communications moving forward would be another win. 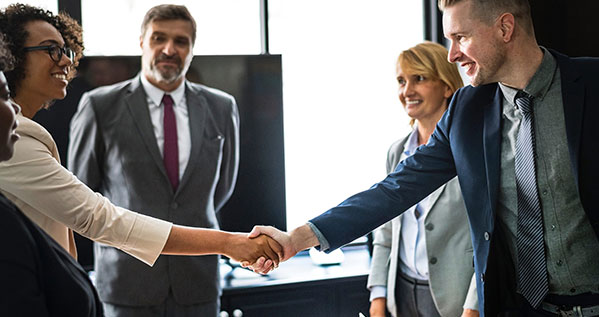